Christmas time has left us a great step forward in English. I took almost 2 weeks off from work and Junior hasn´t gone to school all these days. As a result, the huge increase in exposure has made a great difference in the way he speaks. At the end of these 2 weeks he initiated many more conversations directly in English with me, and he reported many more things in English, even though they occurred in Spanish. After everyone´s back to real post-Christmas life he has clearly lost some of the ground gained, but I´m glad to see that some dregs are left, and now the difference between Friday afternoon (lowest English skills) and Sunday night (highest peak after all weekend of extra exposure) is smaller.


It´s been also really fun to observe how he gets sometimes puzzled when his granny doesn´t understand something he says in English, (like “muddy puddles”, as he prefers this expression rather than the Spanish “charcos”, even when he speaks Spanish), or she is not able to reproduce the names of his toys (“Frightening Mc Mean” is way too difficult for a Spanish granny!!). I think he is every time more aware of the fact that he possesses an ability that not everyone has. I try to explain him that there are others in the world who speak other languages, and then I try with some German and Italian, and he finds it very amusing.


Tools to increase/retain English: Some of the tools that we are using are working extremely well!!!


Peppa Pig: I try to limit the passive exposure as much as possible, but we have found a very good and enjoyable middle term with our beloved friend Peppa Pig!! We watch episodes and then comment afterwards about the stories and his favorite parts. Then I also use the episodes as bedtime stories. He is acquiring lots of new words and expressions and Papi finds many references to use afterwards in daily life. Peppa, I owe you a big one!! 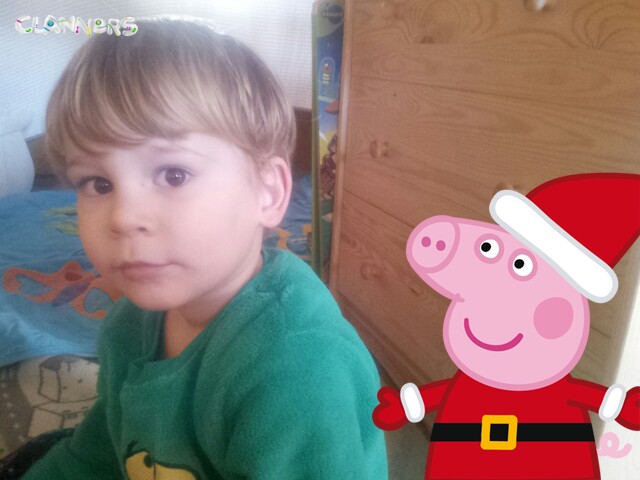 Storytelling: He is absolutely mad about stories now. And the best part of it is that he clearly prefers stories in English!! The only thing that I have noticed is that he prefers to see the pictures and follow my descriptions rather than listening to some elaborated prose. I think it´s a matter of age, but I´ve noticed that he hardly keeps the interest if I read the prose literally, even if I try to emphasize and use different voices for the characters. Anyway the classics are working super fine (3 little pigs, Snow White, Cinderella…)


Theatre: We act the stories that he likes assigning characters to everyone, and then switching, so we all can have all the fun and use different registers, and yes… Papi has been Cinderella, and yes again, Papi had to scrub the floor on my knees weeping because I hadn´t been invited to the ball (which I found totally unfair being the prettiest girl in town!!!). This is one of his favorite things to do now as he enjoys so much dressing up and representing what he sees in the storybooks.


Language awareness: Other milestones regarding language:


Pronunciation: He asks for correction and he is starting to correct people. He is more likely to mispronounce English words than Spanish one, as expected. But every time he perceives that he sounds differently he stops and says:”Papi, I said…”, and then shuts up waiting for an answer, then when I repeat the word he says it again and if he doesn´t get it right he moves on, but I know he takes some short of mental note. My only concern is that he takes ME as the reference in pronunciation, and even though I do try to sound as close as I can to a native speaker, I´ll never be one. I guess this is something that we non-natives have to deal with and although it doesn´t keep me up at night it´s still there…


Vocabulary: He asks for the name of things in English, i.e. last night:


Now like always, I´ll be glad to hear what tools you all use to increase/retain the minority language of your children.

Sites that I recomend